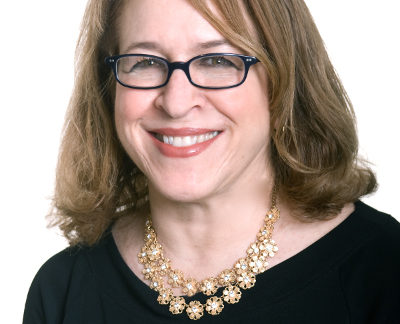 President and Executive Director of the Center for Justice & Democracy

Joanne Doroshow is President and Executive Director of the Center for Justice & Democracy at New York Law School, which she is an Adjunct Professor of Law. CJ&D is the only consumer organization in the nation dedicated exclusively to fighting attacks on the civil justice system. She is also co-founder of Americans for Insurance Reform (AIR), a coalition of 100 consumer groups from around the country working to strengthen oversight of liability insurance industry practices.

Joanne is an attorney who has worked on civil justice issues since 1986, when she first directed a project for Ralph Nader on liability and the insurance industry. In that capacity, she developed some of the first educational materials used to fight tort reform around the country. At CJ&D, Joanne has written or co-authored several major CJ&D studies, including Premium Deceit: The Failure of “Tort Reform” to Cut Insurance Prices, The CALA Files: The Secret Campaign by Big Tobacco and Other Major Industries to Take Away Your Rights, Repeat Offenders: How the Insurance Industry Manufactures Crises and Harms America, The Racial Implications of Tort Reform (25 Wash. U. J.L. & Pol’y 161, 2007), Tort Litigation and Juries: By the Numbers, and Medical Malpractice: By the Numbers. She also edited Lifesavers: CJ&D’s Guide to Protect Us All, and co-wrote numerous other CJ&D studies and White Papers. She has testified many times before Congress and state legislatures.

Joanne was a member of the New York State Medical Liability Advisory Task Force in 2007. In 1991, Joanne was a member of the Steering Committee of the Brookings Institute/American Bar Association’s Advisory Committee on the Future of the Civil Jury, and was an invited participant in the American Judicature Society’s Conference on the Future of the American Jury System in 1999. She was also selected by the Stern Family Fund as the Public Interest Pioneer for 1999, and honor that was accompanied by two $100,000 grants.

Joanne has extensive film and television experience, as well. She was an Associate Producer of the highest grossing documentary in history, Fahrenheit 9/11, winner of the 2004 Cannes Film Festival Palme D’or. She was also Associate Producer of the 2007 Oscar-nominated documentary, Sicko. And she was a producer of The Panama Deception, which won the 1993 Oscar for Best Documentary Feature. She has worked on the theatrical, broadcast and video distribution of this and other films. In 1994 and 1995, she was Coordinating Producer and a segment producer for TV Nation, the Emmy Award-winning humorous political magazine show with Michael Moore.

The Agenda for Advancing Justice

The Agenda for Advancing Justice