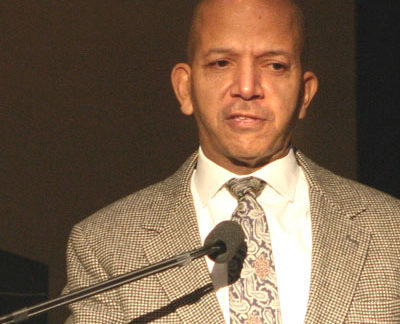 Anthony A. Williams is the Chief Executive Officer and Executive Director of the Federal City Council of Washington, DC, an organization instrumental in projects such as the Metro, Ronald Reagan Building and International Trade Center, and revitalization of Union Station in Washington, DC, and is a Senior Advisor of Dentons. From 2013 until its merger with Dentons in 2015, he served as a Senior Advisor of McKenna, Long & Aldridge, LLP. Prior to that, Mr. Williams served as the Executive Director of Global Government Practice from 2010 until 2012 and as a Senior Fellow from January 2012 until June 2012 at The Corporate Executive Board Company and was the Bloomberg Lecturer in Public Management at Harvard’s Kennedy School of Government from 2009 through 2012. From 2009 to 2010, Mr. Williams served as a Senior Advisor, Intergovernmental Practice at Arent Fox LLP and, from 2007 to 2008, he was the Chief Executive Officer of Primum Public Realty Trust.

Mr. Williams was elected to two terms as the fourth mayor of Washington, D.C. from 1999 to January 2007, having served as its Chief Financial Officer from 1995 to 1998. He also served as Vice-Chair of the Metropolitan Washington Council of Governments and as President of the National League of Cities. From 1993 to 1995, Mr. Williams was the first Chief Financial Officer for the U.S. Department of Agriculture, from 1991 to 1993, he was the Deputy State Comptroller of Connecticut, from 1989 to 1991, he was the Executive Director of the Community Development Agency of St. Louis, Missouri and, from 1988 to 1989, he worked as Assistant Director of the Boston Redevelopment Authority where he led the Department of Neighborhood Housing and Development. Mr. Williams is on the Board of Directors of the Bank of Georgetown and the Calvert Sage Fund. Mr. Williams also previously served as a member of the Board of Directors of Meruelo Maddux Properties, Inc. and Weston Solutions.

Building Support for Democracy with the D.C. Establishment