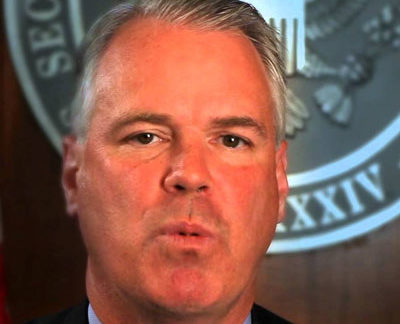 During his five-year tenure, he was a tireless advocate for whistleblowers and an outspoken proponent of the SEC program. He played a key role in the SEC’s efforts to protect whistleblowers using Dodd-Frank’s anti-retaliation provisions and to punish employers that discouraged employees from reporting wrongdoing to the SEC through employment agreements and other means.

Under his leadership, the SEC Whistleblower Office was authorized by the Commission to pay whistleblower awards totaling nearly $100 million – a record-setting pace for a government whistleblower reward program. The SEC recovered more than $500 million in sanctions as a result of the whistleblowers’ information and assistance.

The SEC awarded Mr. McKessy its Law and Policy Award in 2011 in recognition of his work implementing the whistleblower program created by the Dodd-Frank Act.

He is now an attorney with the Phillips & Cohen law firm in Washington, DC

Blowing the Whistle on Securities Fraud