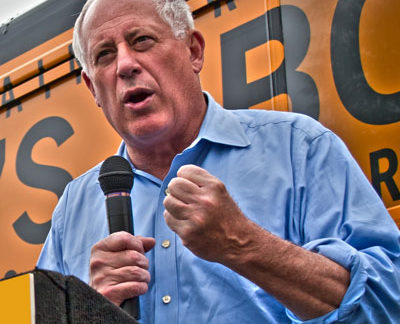 Pat Quinn served as the 41st Governor of Illinois from Jan. 29, 2009 to Jan. 12, 2015. When Governor Quinn took office, he faced three immediate crises: an ethics crisis in state government, the worst recession since the Great Depression, and a fiscal crisis in the state of Illinois.

Pat Quinn’s newest project is Take Charge Chicago, a petition drive to put two referendums on the ballot: a term limit on the Mayor of Chicago and the creation of a new citywide elected office, the Consumer Advocate. Of the ten largest cities in the United States, only Chicago has no term limit on its mayor.

Quinn has served the people of Illinois for more than 40 years as both a citizen and a public official. He has organized grassroots petition drives signed by more than 4 million voters, walked across the state in support of decent health care for all, and proposed historic tax reform for working families. In the 1980s, he spearheaded the creation of the Citizens Utility Board, the first-of-its-kind consumer group that is now the largest in the state. He was elected Lieutenant Governor in 2002 and re-elected in 2006, serving until his succession as Governor in January 2009, and served as State Treasurer from 1991 to 1995. He also served as commissioner of the Cook County Board of (Property) Tax Appeals and as revenue director for the City of Chicago.