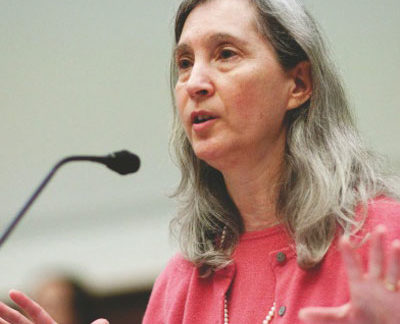 Minow wrote the “Risky Business” column for BNET and was a member of the board of GMI Ratings an independent research company, until August 2014, when it was acquired by MSCI. She has co-written three books in the field with Robert A.G. Monks and is founder and editor of Miniver Press, a publishing company.

She was formerly Principal of LENS, an “investment firm that bought stock in under-performing companies and used shareholder activism to increase their value.” In addition, she was dubbed “the CEO Killer” by Fortune magazine for her record of ousting non-performing CEOs at companies like Sears, American Express, Kodak, and Waste Management. Furthermore, she “served as general counsel and then President of Institutional Shareholder Services, Inc., a firm that advises institutional investors on issues of corporate governance, and as an attorney at the Environmental Protection Agency, the Office of Management and Budget, and the United States Department of Justice.”

Minow frequently comments on the financial markets in the press and on television, including op-eds in the Wall Street Journal, New York Times, Chicago Tribune, and USA Today, and on network news broadcasts. She has reportedly “written more than 200 articles about corporate governance” and has contributed to a number of business books.

The Extent and Limits of Shareholder Control Over Management