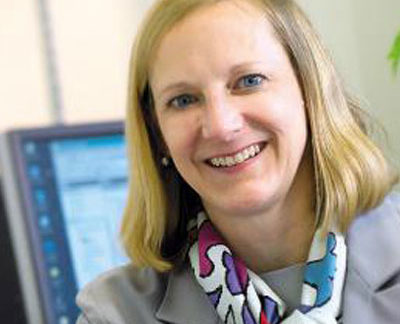 Lucinda M. Finley, is the Frank Raichle Professor of Law at the University of Buffalo School of Law. Her research and teaching areas include tort law, women and the law, reproductive rights, employment discrimination, and First Amendment and equal protection law.

She is the author of numerous law review articles and book chapters on tort law and women and the law, and is the co-author of a leading casebook, Tort Law & Practice (Lexis Publications, third edition 2006). Her recent research focuses on tort reform caps on non-economic damages, and analyzes how caps disparately affect women, the elderly and children. Finley is also active as a litigator and appellate advocate in the federal courts, and frequently testifies before the U.S. Congress and state legislative committees. She was the first female lawyer from Western New York to argue a case before the U.S. Supreme Court.

She is a Phi Beta Kappa graduate of Barnard College and an honors graduate of Columbia University Law School. She served as law clerk to Judge Arlin Adams on the U.S. Court of Appeals for the Third Circuit, and then practiced law with the Washington, D.C. firm Shea and Gardner. Prior to joining the SUNY Buffalo Law faculty, she taught at Yale Law School.

How Tort “Deform” Harms Us