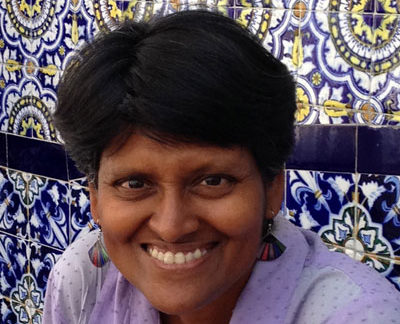 Kesh Ladduwahetty immigrated to the United States from Sri Lanka when she was 11 and has lived in Washington, D.C. since 1989. After working as a software developer and business analyst for twenty years at several Information Technology firms, she launched her second career in 2009 by founding her own business, Art for Activists.  She performs graphic design and illustration services in print and digital media, with a particular focus on nonprofit clients and educational projects.

Since 2003, Kesh has devoted a considerable amount of her time to volunteering for political causes.  Most of her volunteerism is at DC for Democracy, a leading local group in the Democracy for America (DFA) community, and where she serves as Chair. She works on a wide range of progressive reform campaigns and electoral campaigns in the DC metro area, including statehood for the people of Washington, DC and campaign finance reform.

Mobilizing for Action in The District of Columbia and the Nation—When, How and With What