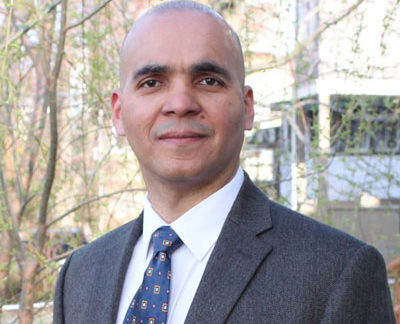 Franklin Garcia was elected US Representative (Shadow) for the District of Columbia on November 4, 2014.  He is working to bring full democracy to more than 650,000 people in our nation’s capital by helping make the District of Columbia the 51st State in the union.  He is part of a Statehood Congressional Delegation that includes two Senators and one US Representative.

Representative Garcia is the former President and founder of the DC Latino Caucus, and current President of the non-profit DC Latino Leadership Council.  He has held key positions in the campaigns of Hillary Clinton, former DC Mayor Adrian Fenty, Dominican President Leonel Fernandez, and other politicians.  Representative Garcia serves on a number of Boards and Committees and served on the 50th Anniversary of the March on Washington Host Committee.

He is the founder of the DCiReporter TV Show, writes for a Spanish language newspaper and is a Huffington Post and Examiner blogger.  He is an active member of the National Association of Hispanic Journalists and lives in the Woodrige neighborhood in Ward 5.

The Case for Statehood—Ending the Colony